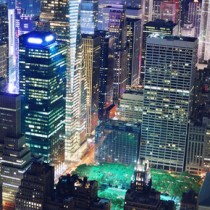 The Wall Street experts paid to figure out when things will cave could only stand there and wave as the bull market flew right past them. In less than five months, the S&P 500-stock index is up 200 points, reaching the level Goldman Sachs (GS) analysts had predicted for the end of the year. And they aren’t forecasting that there will be a slide any time soon.

In a note sent to investors, the GS strategy team is expecting another 16 percent rise in the S&P 500 over the next year and a half. That kind of gain would put the index, which was initially set at 1,601, well over 1,900 by the year 2016. And eager buyers and low interest rates seem to be the reason things are driving forward.