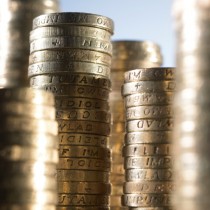 In order to bypass a new European Union (EU) cap on pay, Bank of America Merrill Lynch has formulated a plan to raise the salaries for a few of its senior bankers—by roughly 20 percent. The move was a result of EU’s new ruling that came into force in January 2014. The rule limits salary bonuses to no more than annual salary or twice the amount of salary with shareholder approval.

Under Bank of America’s plan, the new salaries of front office managing directors (based in EU) will be $500,000. The bank is also considering handing out extra cash payments to senior staff twice a year, the reasoning behind it being that the cash payments would count as fixed salary rather than bonuses. But the company isn’t the only one taking action. As a result of the new rule, many financial institutions are concerned about losing top talent to international competitors and are taking the necessary measures to restructure pay.

While it’s certainly not a common occurrence, the situation helps demonstrate why businesses should have both forethought and strategy to tackle the unforeseen challenges of the corporate world.