BP Requests Injunction Due to Accusations of Fraud 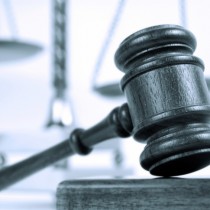 Renewing its request to a federal judge, BP is looking for an injunction that would temporarily stop millions of dollars in claims payments until an investigation into any potential wrongdoing has been issued and completed.

The company asserts that the claims program is allowing improper payments of claims to both individuals and businesses that weren’t actually hurt by the oil spill that occurred in 2010. For one instance in particular, BP argues it has evidence of improper payments by a claims office in Mobile, Alabama. They charge that a staff member has been accepting kickbacks in exchange for helping people receive inflated payments.

In short, BP is certain it’s being taken advantage of and is turning up the evidence to support the accusations.

It might not have seemed possible, but the entire claims process has now become even more complex and stresses the importance of sound advisors to oversee the crisis management process. This situation would have seemed unlikely several months ago considering BP acknowledged its wrongdoing in connection with the spill. Nevertheless, these new develops are sure to tack on several more years of litigation.