Detroit Bankruptcy: Prized Art Collection Can Save the City 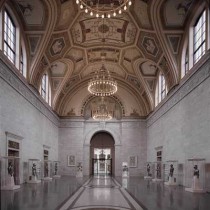 With the Detroit municipal bankruptcy trial beginning Tuesday in Federal Bankruptcy Court, all eyes are watching the fate of the Detroit Institute of Arts Museum’s multi-billion collection.

The Wall Street Journal reports that Art Capital Group has proposed exit financing to the city of Detroit in the amount of $4 billion — if it uses its art collection as collateral.  “We’re prepared to provide a loan, secured by the art collection, that is a balanced, fair and equitable solution for the city so that it can emerge form bankruptcy with the money it needs to secure a better future,” Montieth M. Illingworth, Art Capital Group’s spokesman said in a statement last week.

However, Detroit’s Emergency Manager Kevyn Orr has shown no interest in the loan as he has negotiated a complex deal with local and national organizations that have pledged $816 million over 20 years in essentially, a buy-back of the art collection from the city to fund pensions for Detroit’s police and fire departments.  Reported donors include the Getty Trust, the Andrew W. Mellon Foundation and the Detroit Institute of Arts itself.

This sale of the city’s crown jewels, dubbed the “Grand Bargain” is controversial as other creditors view the exit plan as unfair. Bankruptcy law calls for equally ranked creditors to be treated the same way.  Those objecting claim the Grand Bargain will satisfy the pension funds, leaving other unsecured creditors scrounging for crumbs.

The Detroit bankruptcy trial is expected to last as late as October 17.  Stay tuned.