Cengage Learning Emerges Out from Bankruptcy 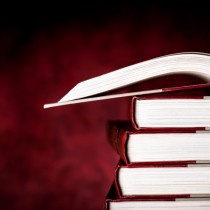 A recent post in February discussed the financial struggles of textbook publisher Cengage Learning and its uphill climb to crawl out from Chapter 11 bankruptcy. This week it’s been announced the nine-month battle has come to an end and the company has cut down its $5.8 billion debt by more than two-thirds.

In a statement released Tuesday, Cengage said it reduced $4 billion in debt and secured $1.75 billion in new loans to fund its exit. The company had been bankrupt since July 2013 when it filed its initial plan of reorganization. Since then, Thomson Reuters Corp, the company that sold the textbook publisher in 2006 for $7.75 billion, has asserted a $1.46 million unsecured claim against Cengage in its bankruptcy.

The situation with Cengage shouldn’t be that surprising. Textbook publishers have been struggling for some time as more and more readers turn to online resources for their information. Cengage had been making progress with its digital learning efforts; however, factors such as spending reductions and increased competition from book rental companies led to long-term struggles.