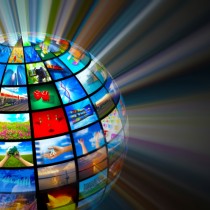 By now, most are aware that Comcast Corp recently agreed to acquire Time Warner Cable Inc. for an incredible $45.2 billion. Hordes of people stormed to the Internet over the news, many criticizing that the move will stifle competition and ultimately hurt consumers’ best interests. While the critics may have valid concerns, Comcast is not only forging ahead with the acquisition but is also focusing on boosting its digital advertising business as well.

Not long after the big news, Comcast announced it has now bought Freewheel; a startup agency that personalizes and inserts online video ads for media clients. The company website states Freewheel serves clients ranging from media companies like 21st Century Fox to Comcast competitors like Dish Network and DirecTV. The agency also has a range of investors (who may not be investors for much longer as a result of the buyout) including Steamboat Ventures, Turner Broadcasting System, DirecTV and Battery Ventures.

Neither company has announced the financial details just yet. However, according to reuters.com, a source familiar with the transaction has valued the deal at around $360 million.