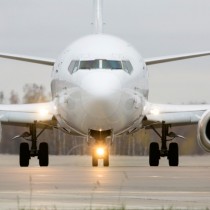 In an unexpected move, the Department of Justice is attempting to block the merger of American Airlines parent AMR Corp. and US Airways Group Inc. Now, not only has the final step in consolidation been threatened, but it could prove to be a major setback in AMR’s plan to escape bankruptcy.

The suit focuses on a US Airways strategy named “Advantage Fares,” in which it would offer prices that would undercut American, Delta and United. And while the two carriers have argued the merger would benefit consumers, the Justice Department is not convinced.

The lawsuit comes as a bit of a surprise because the Justice Department has allowed the merger of other major airlines in recent years. However, it’s been maintained the past mergers were the result, in part, of a failing industry and were seen as a necessity. Today, airlines are raking in billions of dollars and the Justice Department lawsuit cites internal documents that show the AA/US Airlines merger isn’t brought about by necessity.

The result of the deal would leave only four airlines controlling 80% of the U.S. market. So the Justice Department is under the impression that the proposed merger would only lead to cuts in programs that benefit travelers and ultimately hurt competition.

In the end, the carriers stand to benefit greatly from creating the world’s largest airline and are sure to mount an aggressive defense to complete the deal. And while the government has stated it’s willing to listen to a way to settle the lawsuit, the next move ultimately belongs to American and US Airways.