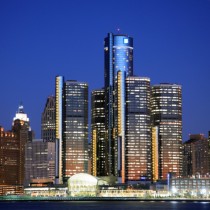 Once known as “The Motor City” and hub of American manufacturing, Detroit’s continuing economic failure was finally pushed to its breaking point. In an effort to get the city out from under roughly $18 to $20 billion in liability, owed to approximately 100,000 creditors, Detroit has made the Chapter 9 filing in what is sure to be the largest municipal bankruptcy in U.S. history.

When you consider the causes that led to this point, Detroit’s fate was easy to see but hard to address. The ongoing decline of major industry and population. Decrease of public revenues. The departure of high-impact businesses and high-value taxpayers. Disputes over dwindling resources. The challenges the city faced only continued to mount to the point where there was only one option left.

For everyone involved, the road ahead is a daunting one. (It’s especially true for the unions that could potentially watch their pensions vanish before them.) However, the silver lining is the situation may not be as bad as it sounds. Cities don’t simply dissolve, which means Detroit isn’t going anywhere. And, in fact, the city’s bankruptcy filing may actually provide some bargaining power with the unions: Taking a cut to benefits is a much better option than losing them all together.

Ultimately, there will need to be some kind of compromise between Detroit’s leaders and its unions in order to keep the city from diving even deeper into economic ruin. And while the amount may likely be less than what was promised, a compromise will at least leave a city that can pay something.