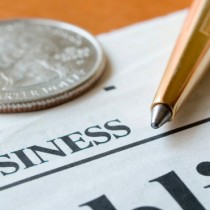 Strengthening its restructuring plans in an effort to focus more on the company’s commercial and R&D operations, Merck has announced it will cut 8,500 in job cuts worldwide (up from the previously announced 7,500). The total number of job cuts amounts to roughly 20% of the drug manufacturer’s workforce.

Merck claims the restructuring efforts will result in $2.5 – $3 billion in pre-tax costs, but hopes it will lead to $1 billion in savings by the end of 2014 and roughly $2.5 billion annually by 2015. Additionally, the announcement was good news to traders in the stock market as Merck, a member of the Dow Jones Industrial Average, saw shares go up 3%.

It stands to show that a company does not need to stop all activity in order to streamline processes and incorporate efficient practices. Merck is a good example about how a challenged company can begin to correct itself by setting clearly defined benchmarks and effectively executing a proper restructuring plan.