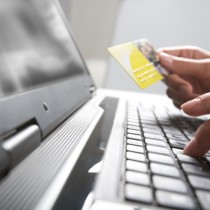 Last week, activist investor Carl Ichan submitted a proposal asking eBay to sell off 20 percent of its PayPal payments unit in an IPO. (The proposal is slightly different than the first; Ichan initially called for a complete spin-off of the company PayPal payments unit.) He states that selling part of the business would not only retain the benefits of a stand-alone PayPal, but would also maintain the efficiency of having eBay and the payments unit together.

EBay is now asking its shareholders to vote against this plan.

“Our commerce and payments business reinforce and support each other. Taking them apart would destroy value by reducing their considerable synergies, which cannot be easily replaced by arm’s length commercial agreements,” eBay said.

Now, it’s up to the shareholders to decide how much synergy PayPal and eBay have and if it’s something worth maintaining. In early trading on the Nasdaq, shares of eBay were up 0.4% at $56.76.