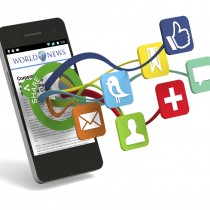 If you’re interested in technology and high-profile acquisitions, you might remember in 2012 when Google took a big step into the hardware business by closing its acquisition of Motorola Mobility for $12.5 billion. Well the search giant has taken yet another leap in the hardware industry by buying a connected device manufacturer, Nest Labs, for $3.2 billion—in cash.

Nest Labs specializes in developing smart-home technology (such as thermostats and smoke detectors) that can not only communicate with smartphones but actually program themselves. The company, led by former Apples designer Tony Fadell, looks to expand into more homes with Google’s help. Fadell tells Fortune magazine’s Dan Primack that Google “made a very strong pitch for how we could have all the resources of a large company while retaining the independence of a next-generation Nest.”

The acquisition follows a series of efforts set forth by Google to break into the “connected home” business, where the market for smart devices is estimated to hit around $44 billion by 2017.