‘Home of the Toasted Sandwich’ Files for Bankruptcy Protection 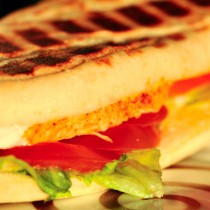 Quiznos Corp, the chain known for paving the way for the toasted sandwich, has announced that it has filed for pre-packaged bankruptcy protection. The move comes after years of struggling with high debt and increased competition from big-name chains like Subway.

A pre-packaged bankruptcy is when an entity negotiates a deal in advance with creditors and other interested parties before presenting it to a bankruptcy court judge. Plans like this help companies significantly lessen uncertainty as well as reduce legal fees. For Quiznos, the company has listed between $500 million and $1 billion in its bankruptcy petition and states that its new plan for restructuring will cut its debt by more than $400 million.

Despite declaring for bankruptcy protection, the food chain is taking the appropriate measures to ensure its roughly 2,100 independently owned and operated franchisees will remain largely unaffected.

As of today, the company has received $15 million in debtor-in-possession financing from senior lenders in an effort to keep the business functioning during the restructuring process.