Jos. A. Bank Slaps Down Offer from Men’s Wearhouse 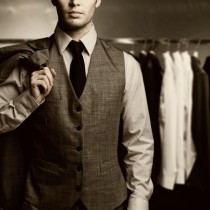 The fight between Jos. A. Bank and Men’s Wearhouse continues. The two have been in a long, drawn-out acquisitions struggle for some time. And not long ago, Jos. A Bank announced it rejected yet another offer by the rival clothing retailer.

A letter sent to Douglas Ewert, president of Men’s Wearhouse, succinctly summarizes Jos. A. Bank’s position on the matter. “After carefully reviewing your offer without financial and legal advisors, we continue to believe that your offer to acquire Jos. A. Bank substantially undervalues our company and that your proposal is not in the best interests of our stockholders.”

And there you have it. The prolonged battle, with each side making offers to acquire the other, continues to rage on. While Men’s Wearhouse said it could increase its offer to $1.61 billion, or $57.50 per share, it would not do so without “discussion or limited due diligence.” All the while, Jos. A. Bank has continued to urge its shareholders to reject the hostile bid, claiming it to be inadequate and merely opportunistic.

Come the end of the week, Jos. A. Bank saw its stock close at $56.22 per share; Men’s Wearhouse ended at $48.04. With that in mind, it seems Jos. A. Bank may have the right idea in rejecting the deal—it all comes down to maximizing value for lenders and stakeholders. If the company continues business as usual then, as far as Jos. A. Bank is concerned, there isn’t much upside to selling.