JPMorgan Chase Could Be Forced to Pay Billions 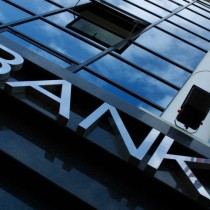 United States officials are seeking $6 billion from JPMorgan Chase, the biggest U.S. bank by assets. All that money would go toward settling the claim that the company knowingly sold bad mortgages to Fannie Mae and Freddie Mac prior to the financial crisis. The settlement would go down as the single biggest penalty paid by any bank for actions made ahead of the crisis.

The Federal Housing Finance Agency, the entity that regulates Fannie and Freddie, says JPMorgan misled the mortgage agencies about the value of $33 billion in mortgage-backed securities it sold them. The agencies went on to lose billions when the securities eventually went bad.

JPMorgan is seething over the $6 billion figure, even though sources state the company was already expecting to pay several billion to settle the case. They argue the penalty is too severe because JPMorgan purchased the two banks, Bear Stearns and Washington Mutual, long after the sale was made. Is the harsh fine reasonable for mortgage sales that went through before JPMorgan was ever involved? Was there a breakdown in JPMorgan’s due diligence process prior to purchasing the two failing institutions?

Those questions will be left for someone else to answer. It just goes to prove that careful planning and forethought is critical for businesses—know what you’re getting into. As of now, JPMorgan is still looking at profits of roughly $13 billion from the past two quarters alone. So it’s hard to image the outcome will seriously impact the bank’s long-term success.