Nestle is Pondering Another Sale, Per Sources 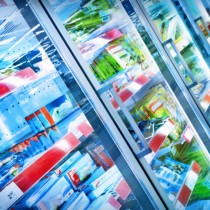 The world’s largest food company—which has already sold several of its businesses in the past several months—is entertaining the idea of selling its frozen foods business, Davigel, as well.

With potential sales come potential buyers, including Brake Brothers, Booker Group and Sodexho among some of the companies that may show interest in the news. However, considering the groups Bain & Co. and Clayton, Dubilier & Rice have both invested in food service in the past, they’re likely the safe bets.

The possibility of this sale comes after Nestle’s October 2013 announcement, when the company stated it would begin the pruning of its family of businesses and cut loose underperforming units. It’s nothing out of the ordinary, especially for a company whose range of products includes Gerber baby food and Perrier bottled water.

In fact, Nestle sold most of its Jennie Craig business in November 2013. The company then announced the sale of its U.S. frozen pasta business soon after; and again its PowerBar business earlier this year. So while Nestle has yet to officially mandate a bank to sell Davigel, it’s very likely a sale will take place in the near future.