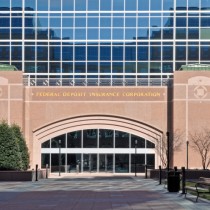 In order to comply with a new rule set by U.S. regulators, the eight largest banks in the United States will be forced to raise a total of roughly $68 billion in captain by 2018. The new rule is intended to limit banks’ reliance on debt, thereby preventing another financial crisis.

While it has led to industry complaints regarding international standards and global competition, the rule states that the U.S. banks will need to fund part of their business through sources that are less risky than borrowing money, such as shareholder equity.

Martin Gruenberg, chairman of the Federal Deposit Insurance Corp, stated, “In my view, this final rule may be the most significant step we have taken to reduce the systemic risk posed by these large, complex banking organizations.”

To learn more about this recent development, visit www.reuters.com.