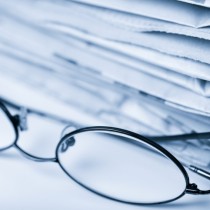 Over the years, the turmoil in the print industry has been increasingly more obvious. It’s become even more evident with the recent sales of notable printing companies. Jeffrey P. Bezos has purchased The Washington Post for $250 million, which was once worth several billion dollars. The Boston Globe, a paper that was acquired by The New York Times for $1.1 billion, has been sold to John Henry for only $70 million. And Newsweek was essentially sold for one dollar, plus assumed liabilities.

There’s no denying the fact the print world is changing, but that doesn’t explain the prices for which these storied media institutions have been sold. Adaptation is the key strategy now, and print companies will need to figure out how to reorganize their business in order to stay at the forefront of media. Those that don’t will be forced to post up the “For Sale” sign.

The first thing that comes to mind: Balancing both print and digital components. Balance can entail a variety of changes depending on the company. It might mean more compartmentalized and easy-to-read pieces (since everyone seems to be in a hurry these days.) Or it might mean supplementary online news that supports printed material. Either way, the print industry will need to take a good look at its current practices and then decide when it’s time for significant corporate restructuring. Sooner is better than later.